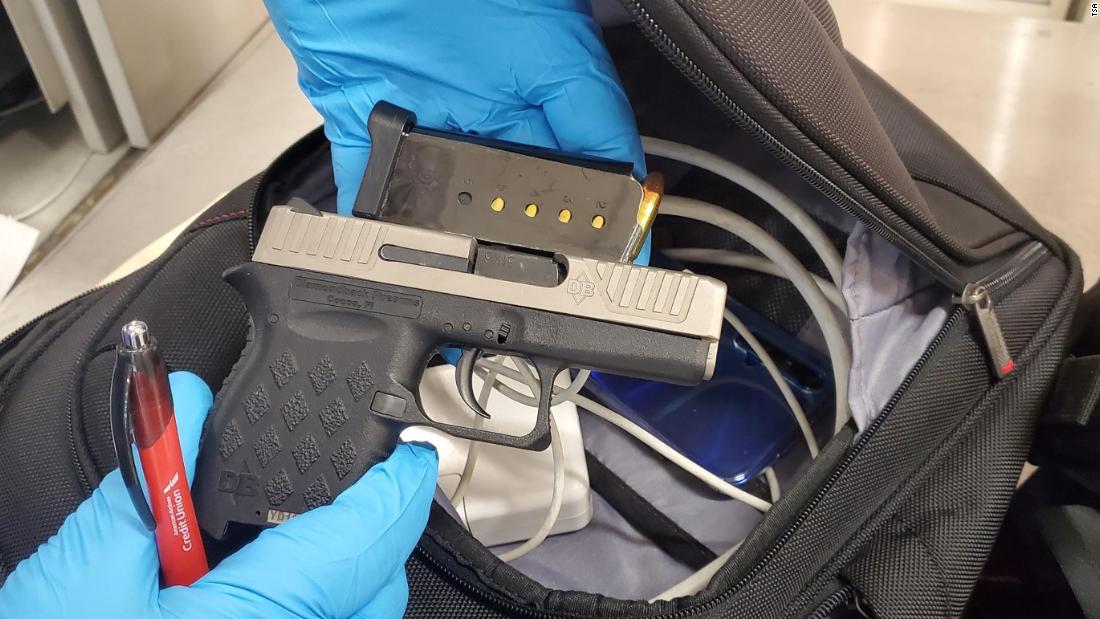 (CNN) — Airport security screeners are finding guns at US checkpoints at about twice the rate they did in 2019, according to new Transportation Security Administration data.

The rate of guns found has grown as the number of people screened at checkpoints has dropped.

TSA is currently screening less than 40% of traffic that it did a year ago.

Screeners stopped passengers with firearms at 234 airports in 2020.

With 220 guns, Hartsfield-Jackson Atlanta International Airport had the most firearms discovered at TSA checkpoints.

In July 2020, the rate of guns found spiked to more than 15 guns per million travelers — when travel was at one of its lowest levels during the pandemic.

That rate was up from 5.1 guns per million people in July 2019 even though air passenger traffic was down 75% at the time.

Negative Covid test, no close contact: How I ended up at a Hong Kong government quarantine camp
INSANE SAND BOARDING
FLYING TO WINTER
Meet The Man Behind The Best Whisky Hotel In All Of Scotch Country
Don’t Toss Those Leftover Roasted Veggies. Make A Melt