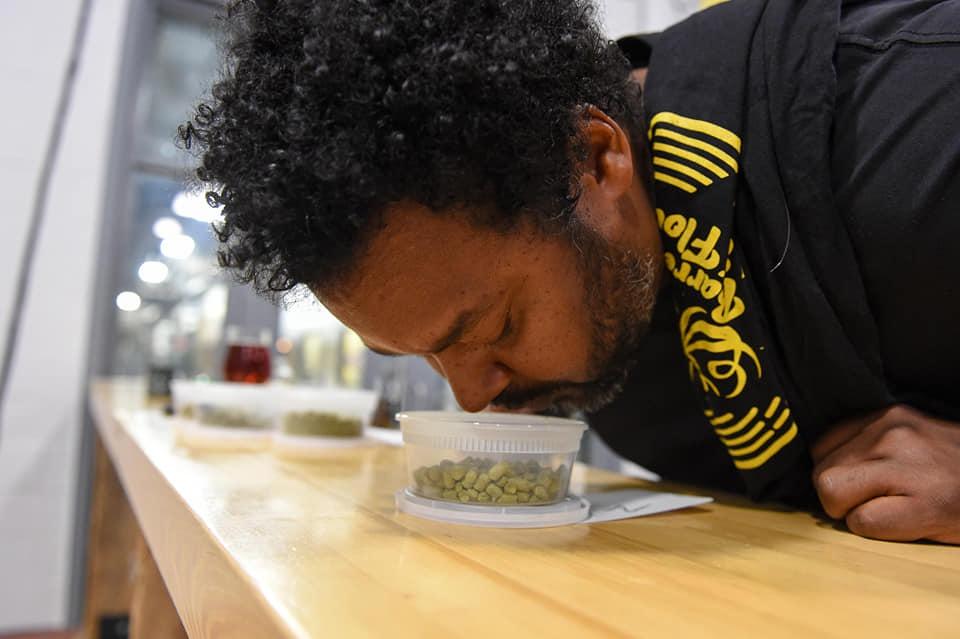 As the beer industry grapples with how to remake itself into one that truly values and promotes inclusivity, the brewing community in one U.S. city is already setting what may be the world’s best example for how this can be achieved. Surprisingly, this city doesn’t register as a usual suspect for craft beer and it doesn’t even reside in a liberal coastal state. Rather, this former manufacturing center struggles with a semi-outdated reputation for being working class, gritty and abandoned by the 21st century. This city is Pittsburgh, Pennsylvania.

But something happened on the way to 2021, and the place best known for steel and the Steelers is transforming itself with high-tech, high-dollar development and for the first time in centuries, a high residential move-in rate.

“An influx of people leads to an influx of ideas,” says Adam Bey, the Asian-American co-owner of 412 Brewing who moved from Houston five years ago to take a job in IT.  “You just can’t ignore all the new people moving in. People who are rigid regarding change have to adapt.”

Bey dreamed up the idea for the Pittsburgh Brewery Diversity Council, an ad-hoc group launched last year to spearhead city- and industry-wide projects that promote diversity and inclusion. So far, the council, comprised of eight LGBTQ+ and racially and ethnically diverse brewery personnel and homebrewers, has organized a collaboration beer called She Knows Beer that supports women’s causes.

Next, the council will announce a similar collaboration to benefit Black causes.

Bey got the idea for the council after two things happened: he noticed Pittsburgh’s taprooms presented a more monochromatic face than Houston’s; he attended several Barrel and Flow festivals (formerly FreshFest) in his adopted domicile. Now entering its fourth year, Barrel and Flow literally put Pittsburgh on the Black beer map as the world’s first beer fest dedicated to Black brewers, drinkers and artists.

African-American festival producer Dey Bracey didn’t start out as a beer guy. But the comedian, podcaster and visionary saw the potential to use it as a vehicle to connect and showcase Black entrepreneurs while simultaneously highlighting the assets of his hometown.

“I want to bring in Black investment to Pittsburgh,” he says.

While Barrel and Flow happens just once a year, the area’s brewing community demonstrates a genuine commitment to and passion for diversity all year long. Conversations with brewery owners and employees of all colors, genders and sexual preferences — including cis white men — often turn to topics of inclusion, with most, if not all, of them speaking with excitement and admiration for one another’s efforts.

Nowhere is this embodied more than at months-old Trace Brewing, where a patron is just as likely to order a beer or a bite from a person of color as a white one. (Caucasian) owner Dave specifically seeks out multi-cultural vendors and the 40% of his staff that identifies as non-white boasts some very colorful characters.

T-Funk, for instance, is a Black man who beertends and plays bass in a heavy metal band. Beertender Shaggy Coleman is half white and half Black. He spends his free time making videos showing off his skills as a semi-pro wrestler.

Burmese-American marketing and events director Aadam Shorma says, “A lot of breweries say, ‘I wish we could be more diverse but …’ Here, there’s no brewing background needed. We use our community networks to ask people to apply. Plus, we program things like drag brunch, European soccer matches and live punk rock shows. We offer something for everybody.”

And what the Trace team doesn’t attract holistically, it trains through a vocational program that creates a pipeline of workers by teaching members of underrepresented populations the skills they need to work in a brewery.

“Our first vocational selection was a Black man,” says Shorma. “The second was a queer Latina.”

Kenny Gould, founder of the Hop Culture beer media platform, hires a diverse staff and empowers them to pursue their passions in writing and event programming. The company has hosted several beer conferences for women as well as the first LGBTQ-themed beer fest.

Gould, a straight white man, moved home from Brooklyn a few years ago to run his company from there.

“Pittsburgh is the city that birthed Mr. Roger’s Neighborhood, and I think that ‘Won’t you be my neighbor?’ mentality is still alive and well. Like any other city, Pittsburgh has its challenges, but …people here are kind, interested, and interesting, and I’ll brag about my hometown 11 times out of 10,” he says.

Olympic skiing venue Squaw Valley Resort changes its ‘racist, sexist name’
Report Suggests That Bordeaux And Burgundy Losing Their Cachet As The World’s Finest Wines
The world’s tallest observation wheel is opening in Dubai next month
America’s 10 best winter beach retreats
When is the next travel green list announcement and which countries could move?