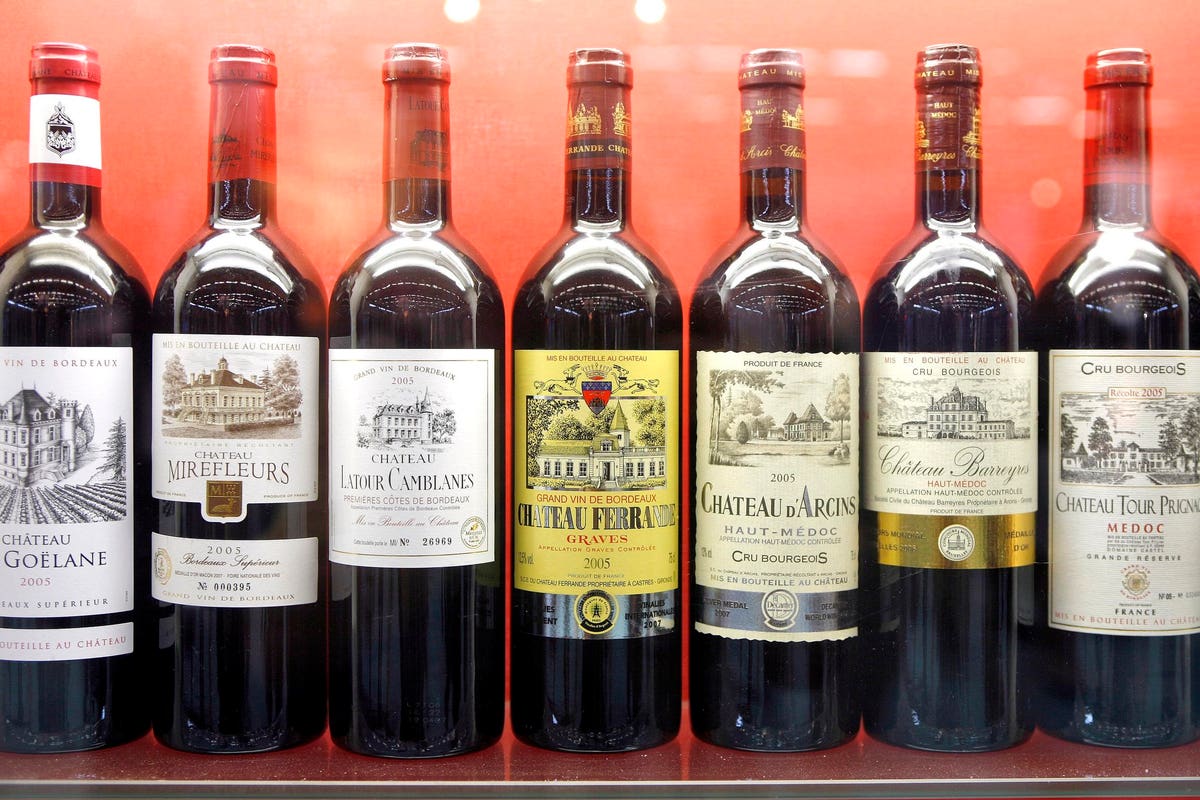 Back in 1855 a group of Bordeaux merchants at an Exhibition in Paris decided to make some sense of the myriad estate vineyards by classifying them according to which wines consistently sold for the highest prices within the industry. That classification, which ranked wines from premier crus (first growths) to Cinquième crus (fifth growths). Sixty-two among 2,000 vineyards were listed, and, with only a few shufflings over rankings and the addition of Chateau Mouton-Rothschild to the premier crus later on, the top wines have remained the same, still bringing top dollar in the market, along with several great Burdgundies like those from the Romanée-Conti estates.

But a just published on-line report by Liv-ex, a London-based global marketplace for the wine trade, where 550 fine wine businesses from around the world buy and sell wine, indicates that several California wines now rank among the top. First published in 2009, the Liv-ex Classification has been updated every two years to reflect the changing conditions of the market, using the 1855 methodology of prices to determine a hierarchy. California wines including Harlan Estate, Colgin, Scarecrow and Screaming Eagle all placed in the first tier, with some rising stars like Opus One Overture,  Realm Cellars’ The Bard, Spottswoode’s Cabernet Sauvignon and Ulysses’ Cabernet Sauvignon.

To put the report’s findings in perspective, I interviewed Liv-ex’s Director and Head of Sales, Anthony Maxwell. Born in South Africa and brought up in France before moving to the UK when a teenager, Maxwell worked for the Foreign Office in Geneva and the International Federation of Wines and Spirits in Paris. He then worked for John Armit Wines for eight years, running their trading department and private client sales department before joining Liv-ex in 2005.

Why do you think this shift away from French (Bordeaux / Burgundy) wines is taking place? Does Covid have anything to do with it?

There are probably two reasons for this shift. The first is that the definition of “fine wine” is now broader than it once was. It is no longer limited to just Bordeaux or just French wines, and as a result this has considerably opened up the world of fine wine, especially when other regions can match the French in terms of quality.

Another reason is due to buyers searching for greater value and in doing so they are looking to these other regions. That being said, French wines continue to be hugely popular. In some cases, buyers have shifted to Champagne and the Rhône in search of value. Even within Burgundy and Bordeaux themselves, buyers are looking at up-and-coming producers and AOCs where prices aren’t as high.

Many of the trends in the Classification pre-date Covid-19. However, this move towards a move diverse market was certainly accelerated.

re some French wines pricing themselves out of the market?

I don’t think this is necessarily the case. As our Power 100 rankings show, wines from France still dominate and continue to make up the majority of the most powerful brands in the fine wine market.

When looking at the components of the Liv-ex 1000 index, the Bordeaux 500 index, which reflects the price movement of 500 leading wines from the region, is up 5.05% year-to-date and 7.7% over a one-year period. The Burgundy 150, Champagne 50 and Rhône 100 have also seen impressive gains over the same periods too.

Prices for French wines are still rising, but wines from other regions are also rising and faster too.

On a positive note, the Classification does highlight that value that still exists in classic French regions. You can still buy Classed Growth Bordeaux for hundreds of pounds, not thousands. There is also some Burgundy that doesn’t cost thousands of pounds per bottle. Champagne and the Rhône continue to provide excellent value among some of their greatest domains and terroirs too.

What are the criteria for inclusion?

Once a wine qualified for inclusion in the rankings, the average trade price per 12 bottle case was calculated and the wine would be assigned to tier with the relevant price band.  The price bands are updated every two years to reflect the changing conditions of the market. This year we adjusted our price bands in accordance with the performance of the Liv-ex 1000 index. Between May 2019 (when we last updated our classification) and June 2021, the Liv-ex 1000 rose by 6.36% and the price bands for each tier were adjusted to reflect this. The lowest price bracket was for the 5th tier (between £306 and £382 per 12×75) and the highest was the 1st tier (£3,060 and above).

What longer term trend do you see emerging from this report?

This year’s classification really cements the secondary market trends we have highlighted on numerous occasions over the past year.

The first is Bordeaux’s declining share of secondary market trade, which is mirrored in the composition of the classification over time. In 2019, Bordeaux accounted for 37% of the classification, this year it makes up just 28.6%. The diversification of the market is another, as more wines from each country traded. For example, in 2019 U.S. wines only appeared in the top two tiers, but this year they’re spread across four. The same can be said for Bordeaux, Tuscany, Piedmont and the Rhône, which had wines across all five tiers. Burgundy was found across four and Portugal & Australia across three. No doubt as prices for well-known regions and brands continue to rise, buyers will continue to explore up-and-coming regions in search of greater value. This trend is likely to continue.

The Best FRIED CHICKEN in America!! 🍗 Soul Food at Willie Mae’s in New Orleans!
FUN ROUND THE CAMPFIRE!
Diwali 2021: When and how to celebrate the festival of lights in the UK
Recap: Mustang Ranch | Ghost Adventures | Travel Channel
Can’t Wait to Tell You This! [Quick Travel + Video Update]