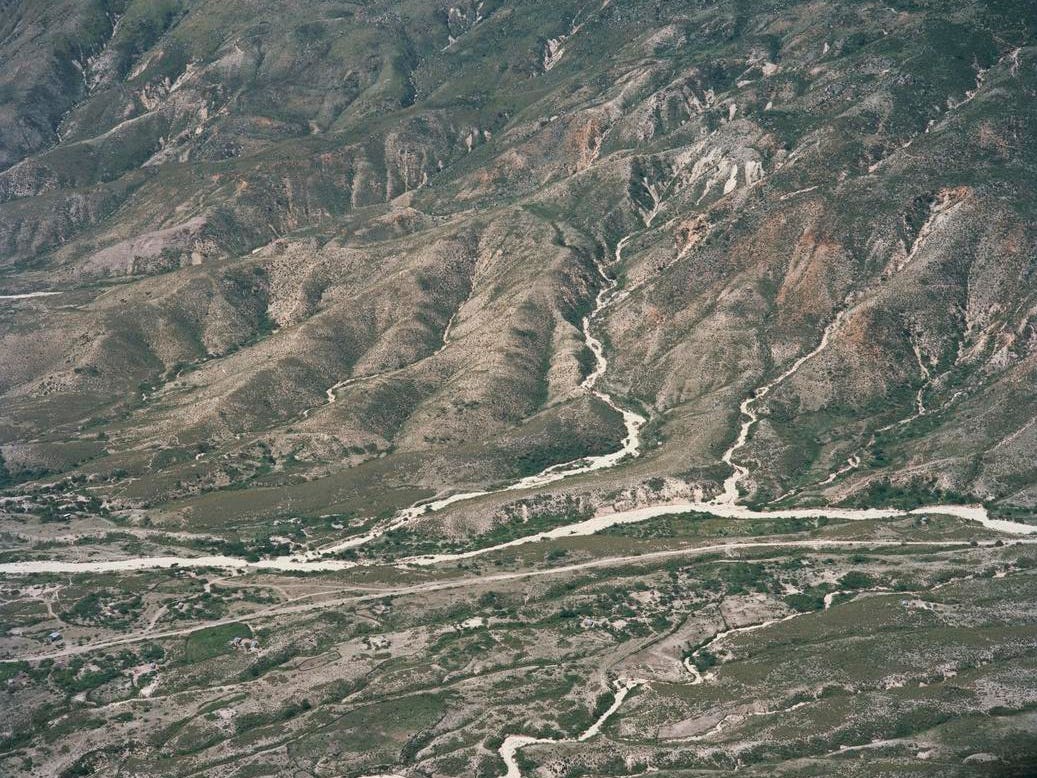 Curbing soil degradation is critical to the food security and ecological sustainability of the Caribbean— yet unsustainable land management practices, coupled with the pressures of climate change continue to impact soil health and threaten to rob the region of its prospects for a food secure future.

According to a 2018 report from the United Nations Convention to Combat Desertification (UNCCD) 30% of degraded land in Small Island Developing States (SIDS) worldwide and more than 14% of the two billion hectares of degraded land in the world can be found in the Caribbean region.

The primary cause of soil degradation in the arid, semi-arid, sub-humid and dry regions of the Latin America and Caribbean region is desertification, the process by which fertile land becomes desert, typically due to drought, deforestation, or inappropriate agriculture, which affects 35% of the Caribbean region’s surface area. (Inter-American Institute for Cooperation on Agriculture (IICA), 2020)

Soil is quite literally at the root of food production and according to the Food and Agriculture Organization (FAO), soil degradation is one of the primary causes of declining agricultural productivity.

The impact of human actions and climate change on soil health has direct implications on arable land, yields, and productivity of agricultural soils.

The Caribbean is one of the most vulnerable regions in the world to climate change. Changes in rainfall patterns and temperatures, sea level rise, droughts, storms and flooding all play a role in the deterioration of soil quality, particularly that of the 20 centimeters of topsoil that is critical for carbon sequestration, the process of capturing and storing atmospheric carbon dioxide.

Climate change impacts, such as hurricanes and droughts, exacerbate land degradation and pose a major challenge to the sustained health of Caribbean soils and consequently, food security.

Excessive rainfall and wind experienced during a hurricane, strip natural vegetation, cause erosion and flooding and trigger landslides, washing precious layers of topsoil out to sea.

In the case of Hurricane Maria in 2017, Dominica experienced almost 25 kilo hectares of hurricane-related tree cover loss (63% of which was humid primary forest) resulting in about 14 metric tonnes of CO₂ being emitted into the atmosphere. The agriculture sector was devastated, due to soil damage and a complete loss of crops as well as substantial destruction to productive trees and the death of livestock. (Global Forest Watch)

In the region, droughts have also impacted soil health, reducing its ability to sequester carbon, impacting agricultural yields and resulting in reduced nutritional content in crops.

In 2014, Jamaica’s worst drought in three decades devastated farming communities and led to a 30% drop in agricultural production. At the turn of the century, droughts experienced in Guyana resulted in a 37% drop in rice production, and in Haiti, between 2015 and 2017, the food security of about 1 million people was aggravated by prolonged drought conditions.

As the Caribbean undergoes rapid development, these climate change impacts have been compounded by unsustainable human activities.

Regionally, unsustainable agricultural practices, which include tilling, deep root removal, slash and burn and indiscriminate use of harmful chemicals, have contributed to the degradation and depletion of 75% of natural carbon stocks and biodiversity from the region’s agricultural soils. (IICA, 2020)

Forty nine percent of the land in the region is exposed to water erosion and 56% is affected by chemical degradation (salinity or acidity) of soils due to inappropriate agricultural practices.

In the case of Grenada, for example, the overuse of agricultural chemicals, such as herbicides, pesticides and mineral fertilizers in cropland areas, has resulted in acidification across more than 860 hectares of land. (Grenada Land Degradation Neutrality Report, 2015)

Uncontrolled development and urbanization have contributed, almost ironically, to the depletion of soil and reduced food and water security. Poor road construction, poorly planned settlements in landslide-prone areas and the development of large residential and tourism-related structures have not only affected the quality of soil and the availability of arable land, but have also impacted the quality of the region’s water resources.

In Barbados for example, between 2001 and 2020, the country lost 397 hectares or a 7.6% decrease in tree cover, the equivalent of 148 kilo tonnes of CO₂ emissions. Not surprisingly, a quarter of this tree cover loss was experienced in the parishes of St. James and St. Peter, situated on what is known as the Platinum Coast of the island, where most of the tourism activity occurs. (Global Forest Watch, 2021)

Elsewhere in the region, mining has been another development-related cause of deforestation and desertification. In Haiti alone, 97% of all forests have been cleared for wood or charcoal and 4,200 hectares of soil have been eroded each year due to accelerated runoff— leading to the loss of fertile topsoil and biodiversity loss.

Haiti’s unsustainable land management practices have resulted in the irreversible erosion of at least 6% of its land, with less than 20% of the land under cultivation considered to be appropriate for agriculture. (Global Environment Facility, 2018)

Similarly, in Jamaica, intensive mining of bauxite, the country’s major mineral source, has resulted in soil erosion in affected areas.

According to a study conducted by the Jamaica Environment Trust (2020), bauxitic soils retain considerable amounts of water, allowing the growth of large trees and forests, but when soils are removed for mining, soil fertility is lost, with impacts appearing to be irreversible and not restorable by reclamation.

“The majority of rehabilitated mined-out ore pits have not met the standard of restoring agricultural productivity,” say the authors of the study.

According to estimates from the United Nations Environment Programme in 2006, in the Small Island Developing States of the Latin America and Caribbean region, land degradation cost an estimated $4,800 million dollars annually, impacting approximately 125 million people.

From the perspective of food security, shallow and eroded soils are not deep or healthy enough to sustain the region’s indigenous crops. Root crops, legumes, and cash crops require soil greater than 30 centimeters in depth. Dry pastures also reduce the availability of feed for livestock.

The United Nations sustainable development goals (SDGs) have land degradation neutrality by 2030 as a target under indicator 15.3.1.

“Action to prevent, reduce and reverse the degradation of the region’s soils can improve food and water security and contribute to climate change adaptation and mitigation.”

Sustainable land management was defined by the UN 1992 Rio Earth Summit as “the use of land resources, including soils, water, animals and plants, for the production of goods to meet changing human needs, while simultaneously ensuring the long-term productive potential of these resources and the maintenance of their environmental functions.”

These principles have been evident in the regeneration of a depleted sand quarry in Walkers Savannah in St. Andrew, Barbados, into a productive and bio diverse food forest, under the direction of Walkers Institute for Regenerative Research and Design or WIRRED, which is dedicated to studying, developing and implementing regenerative strategies.

Elsewhere in the region, Member States of the Organization of Eastern Caribbean States (OECS) are set to benefit from the European Union (EU) funded Integrated Landscape Approaches and Investments in Sustainable Land Management in the OECS (ILM) project with the objective of “optimizing the contribution of land to agriculture, food security, climate change mitigation and adaptation, and the preservation of ecosystems and the essential services they provide.”

According to the Economics of Land Degradation (ELD) initiative, globally, “Adopting sustainable land management could deliver up to 1.4 trillion in increased crop production. Cost-effective carbon storage, whereby carbon stocks in land and soil are enhanced, can create value up to 480 billion and increase food and water security. Sustainable Land Management (SLM) measures increase the resilience of people and ecosystems to food price volatility or to climate shocks with significant economic implications such as drought and flood. Supporting SLM can thus make significant contributions to climate change adaptation and mitigation and, ultimately, to the goal of United Nations Framework Convention on Climate Change (UNFCCC) to keep the increase in global average temperature below 2 °C.” (2015)

Given that it takes 100 years to produce 1 to 2 centimeters of a surface layer, consisting of minerals, organic matter, microorganisms, water and air, soil should be considered a non-renewable resource— and given its strategic importance to economic growth, environmental health, food security and human development, land practices that regenerate and promote soil health should be non-negotiable.

TIMTAM SLAM FAIL
Meet The Man Behind The Best Whisky Hotel In All Of Scotch Country
FLYING TO WINTER
The new Covid travel rules – from testing to proof of vaccination
FAA approves more of U.S. fleet for low visibility landings after 5G deployment, some flights canceled